Walking Together in Catholic Education 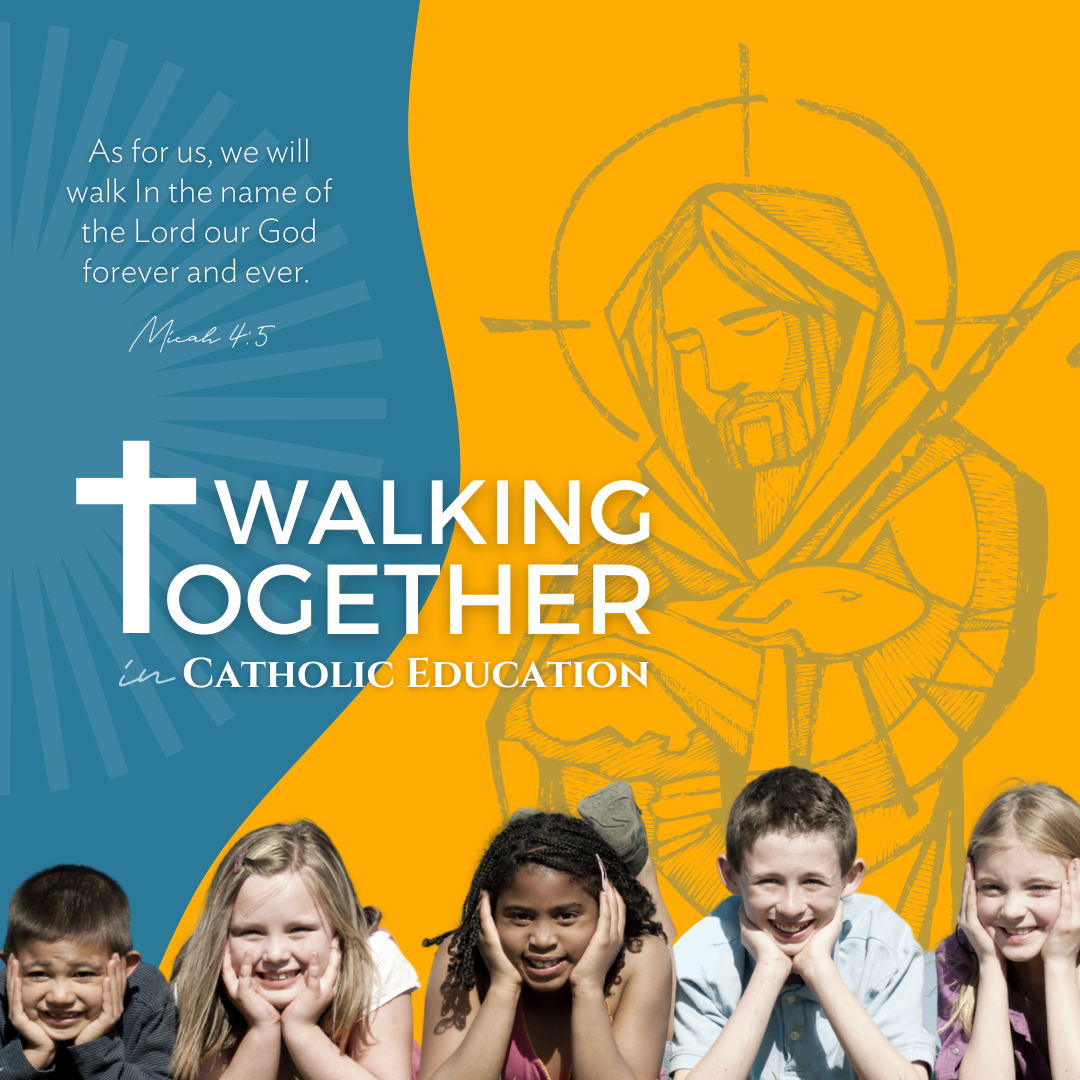 A message from Alberta Catholic School Trustees' Association (ACSTA): We are very pleased to announce the provincial theme for Catholic education this year will be Walking Together in Catholic Education. Accompanying this theme is the passage "As for us, we will walk in the name of the Lord our God forever and ever" from Micah 4:5.

The St. Mary’s CWL Chair Foundation was established on February 22, 1993 as a non-profit society under the Alberta Society’s Act for the purpose of encouraging and fostering the advancement of Catholic Education at (what was then) St. Mary’s College or a similar Roman Catholic educational institution preferably in the City of Calgary or Province of Alberta. The society has since been dissolved.

In 2010 the goal of 1.2 million was reached and 100% of the monies were handed to the now St Mary's University. At that time the Foundation was disbanded as there was no further need. Calgary Diocesan CWL no longer has any control on the monies, just to monitor the initial investment amount.  This is done each year by StMU supplying us a Financial Report that is published in our Diocesan Convention Booklet.

A second agreement to establish the CWL Chair for Catholic Studies, dated June 3, 2010, was signed by Bernice Thomas (Chair, St. Mary’s CWL Chair Foundation), Verna Bourassa (Treasurer, St. Mary’s CWL Chair Foundation), Dr. Terrence Downey (StMU President), Joseph Ladouceur (Chairman, Board of Governors) and Debbie Osiowy (Vice-President Business and Finance). This agreement states that the fundraising goal had been reached. The CWL Chair was established at StMU for the 2010-2011 fiscal year. Each year StMU can draw up to 5% of the market value of the fund at the beginning of the StMU fiscal year. Investment income in excess of 5% of the market value of the CWL Chair Fund shall be reinvested to ensure a strong and stable level of support for the CWL Chair each year.

The criteria under which the monies were given was that investment income from the 1.2 million was to fund the salary of a professor to teach in the area of Catholic Studies at StMU. The principal investment is not to be used; it is an investment. If this Foundation with the same intent had been established in 2010, the minimum to establish the Chair would have been 2 million. Therefore, councils are asked to continue donations to sustain the fund and provide a full salary to someone teaching Catholic Studies at StMU.

When making a donation, it is important to specify that the funds are for the "St. Mary's Chair." Otherwise, donations will go into StMU General Revenue.

Dr. Peter Baltutis is the current chair. Our Bishop is the Chancellor of St. Mary's University. Our CWL Diocesan Education and Health Chair sits on the committee for St. Mary's Chair.

Three provinces in Canada have publicly-funded Catholic education: Alberta, Ontario and Saskatchewan, as well as the Northwest Territories and Yukon.

The Declaration on Christian Education, published in 1965 following the Second Vatican Council, describes the purpose of a Catholic school as trying "to relate all of human culture to the good news of salvation, so that the light of faith will illumine everything that the students will gradually come to know about the world, about life, and about the human person." Parents, teachers, administrators, trustees, and the entire Catholic community are entrusted in this vital mission.

Teachers play a crucial role in leading students to an understanding of the world which is illuminated by "the light of faith", and administrators create the environment in which this understanding takes place.

The Catholic community is involved