The CWL journey to lobby for an Independent Seniors Advocate began with a CWL provincial initiative back in 2015 calling members to sign a petition.

Urge the Alberta Provincial Government to amend the Alberta Health Act to ensure that the Seniors Advocate is an Officer of the Legislature and therefore independent.

This CWL Call to Action sees the work of the advocate and her/his office as one that monitors and analyzes senior services as well as a resource for seniors looking for information on a variety of issues.  Because seniors’ issues cross so many different ministries (health, finance, housing, social development transportation, housing, etc.) it seems necessary to have someone co-ordinate across all the ministries. 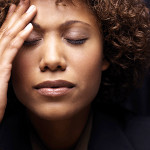 It would be the first stop for any senior or caregiver to get the necessary information they require be it health, housing, financial abuse, etc. related. It would also have the authority to investigate complaints such as inadequate care in nursing homes or abuse, etc. It would make recommendations to the government through the Standing Committee on Legislative Offices.

Within Alberta, Kerry Towle, a member of the Wild Rose party presented a private members bill, Bill C 208, titled the “Seniors Advocate Act” in the Fall of 2013.  Unfortunately, the Bill died in the Legislature in December of 2013.

The following initiative was presented at the ABMK CWL convention in June 2014 and was adopted as a provincial initiative:

In September of 2014, Jim Prentice became the new Premier with the Conservative Party and formed the Ministry of Seniors with Jeff Johnson as the Minister.  The CWL put its petition on hold while it awaited the guidelines of this new ministry.  Since the guidelines did not include independent accountability, the petition was circulated in all constituencies that had CWL councils.  Over 4000 signatures were collected, and were sent to the ABMK CWL Provincial Council.

In 2015, a provincial election was called and the NDP under Rachel Notley formed the new Alberta government.

April 2016 saw the ABMK CWL President and some standing committee chairs meet with the NDP Minister of Seniors and Housing, Lori Sigurdson.  She did appoint a seniors advocate, but the position was again not independent of the government.

In October 2018 the NDP was defeated by the UCP government, the UPC eliminated the seniors advocate position.

In 2020, the ABMK Provincial Council met with the UPC regarding the Seniors Advocate.  While they did listen to us, no change was made to the existing ministries.  Letters continue to be written with no indication of reversing their decision.

Keeping in mind our core values of faith, service and social justice, … contact your local MLA outlining the need for a seniors advocate, including having the seniors’ advocate be an independent officer of the legislature.  All Alberta political parties need to be aware of our concerns.

A sample letter is provided to assist in your letter writing.  Please add your own comments or feel free to write your own letter.  You can access the Alberta Legislative Assembly website to find your MLA, their email, and physical addresses.

The Alberta Mackenzie Provincial Council is hoping to meet with the Alberta government in the near future, so please try to send your letters to your MLA no later than February 28th.

I’m writing to you as a member of the Catholic Women’s League of Canada and a member of your constituency.

Over the past two years we have seen the terrible effects of Covid-19 and its variants on seniors in our country.  Too many have died due to inadequate care, not to mention the isolation they have had to endure.  Separation from their loved ones has played havoc on their mental health.  As we know, Covid-19 is not the only challenge our seniors face.  Many are worried about their futures including MAiD (medical assistance in dying) as a proposed solution for their problems.  Will their individual values and faith positions be respected?  Will they receive the health care they deserve?  Does Alberta intend to follow the lead of British Columbia and start to push MAiD in seniors’ and palliative care facilities?  MAiD is not health care.  As well, many seniors have challenges with housing, ageism, finances and mental, physical and emotional abuse.  They need to have at the legislative level a person who can advocate on their behalf, namely an independent seniors advocate.  They need someone to turn to when they become frustrated with their care or lack of it.

In September 2015, the Alberta/Mackenzie Provincial Council of the Catholic Women’s League began an initiative to have the sitting government appoint a seniors advocate who would be an independent officer of the legislature.  This position being an officer of the Legislature and independent of the government, would have the ability to continue the work of advocacy on behalf of seniors after a change in government.  In 2016 our president and members of the council met with the newly elected NDP government and presented our letters and petitions.  They listened very carefully to our concerns.  As a result, the then Housing and Seniors Minister, Lori Sigurdson appointed a seniors advocate although not an independent officer.  The position did not survive a change in government.

An article titled “The Case for Seniors Advocates” in the Fall 2021 issue of Sage, a publication of the National Association of Federal Retirees advocated for seniors advocates in all provinces.  In the article, they state that there is a difference between seniors ministers and seniors advocates.  Ministers serve policy and political interests while advocates serve public interests.  British Columbia, New Brunswick, Newfoundland and Labrador all have seniors advocates and, up until 2019, so did Alberta.  On April 16, 2021, the Edmonton Journal carried an article entitled “Opposition calls for Seniors Advocate”.  Clearly the interest is there for a seniors advocate. The UCP abolished the Seniors Advocate in December 2019.  If the position had not been abolished our vulnerable seniors and their caregivers could have had more timely and effective help, instead of the mayhem that unfolded in seniors care.

This is where you come in.  It’s time to do something really positive for Alberta.  This is an issue which crosses all party interests.  Appointing an Independent Seniors Advocate is the right thing to do for the citizens of Alberta.  Alberta needs to show leadership with this issue and meet the needs of its most vulnerable citizens.

Dr. Sheree Kwong See, a University of Alberta psychology professor was named as the province’s new seniors advocate, ending a wait of more than two years for the government to fill the role. Sheree Kwong See, who has a PhD in experimental psychology with a specialization in aging, will take on the new job starting Sept. 1 for term that runs until the end of 2019.

“I am excited for this great opportunity and am eager to get to work on behalf of Alberta seniors,” Kwong See said in a written statement. The seniors advocate was established in 2014 under the former Progressive Conservative government, but Kwong See’s appointment represents the first time the province has hired someone for the role. As the first full-time advocate, Kwong See will have an opportunity to define the role. Ministerial orders call for the advocate to help seniors navigate the various publicly funded services available to them and provide education on issues affecting seniors, “including matters such as elder abuse, age friendly communities, older workers and ageism.“ The advocate can also request inspections of provincial facilities that cater to seniors and can refer reports of abuse to an investigator, though these powers have been rarely used. The government described Kwong See as expert on the physical, cognitive, and social aspects of aging. Her studies have included research on the impact of ageism as a factor in elder abuse. She was appointed through an open competition for the role. The advocate reports directly to Minister of Seniors and Housing Lori Sigurdson.

The Alberta Mackenzie Provincial CWL Council is requesting that all CWL Councils participate in a provincial initiative to urge the Alberta government to amend the Alberta Health Act so that the Seniors Advocate is an independent voice that reports to the Legislature.Click here to learn more.

The Government of Alberta is implementing a nine-point Action Plan to Combat Human Trafficking to protect at-risk individuals from being trafficked in Alberta, empower survivors of trafficking, and provide new remedies to deal with traffickers.

Human trafficking is a serious crime that takes three forms: sexual exploitation, forced labour trafficking, and trafficking in human organs or tissues. Traffickers exploit people of all ages, ethnicities and genders, forcing their victims to provide labour or sexual services against their will and using threats of violence to trap them in a cycle of exploitation.

The nine-point Action Plan to Combat Human Trafficking will: On February 24th, the Catholic Women’s League Provincial President Judy Look and members of her executive met with representatives from Health, Education, and Children’s Services of the Alberta government.

I invite you to use the following two template letters to write to the Members of the Alberta Legislative Assembly regarding Alberta Mackenzie Provincial Resolution 2019.01:  that annual universal dental screenings be immediately implemented in all Alberta schools for school-aged children from grades K-12.

Tips:  It will be more effective if you change the letter slightly to make it your own.  (Form letters are not effective.)   Be brief.  Be polite.  Ask a question. Be sure to use exact wording from the resolution.

For God and Canada,

During the past months we have been given the blessing of time to contemplate what is important in our lives and in our society.  Many of us are prioritizing the importance of a health care system that cultivates a culture of care and love for people at all life stages..

This is an opportune time to use our letter-writing energy to urge our government to seriously hear our concerns about two issues:  (1)  the providing of palliative care for all Canadians who choose this option near the end of their lives; and (2) the suggested removal of safeguards to Bill C-7.

National President Anne Marie Gorman's letter to the Prime Minister is posted on the National website "Letters" page. Access it at: https://cwl.ca/wp-content/uploads/2020/03/20200304-Gorman-to-Trudeau-re.-Bill-C7.pdf

We encourage everyone to contact government leaders on the following two concerns.

Sample letters to the Prime Minister, Justice Minister, Health Minister and Member of Parliament are posted under Legislation Tips and Tools.  Adjust them as you wish.  See the Forms and Resources page for our letter writing guide and contact information for MPs and MLAs.

Through faith, we have a moral compass that guides our actions daily to help and protect the vulnerable in our society.  May our Lady of Good Counsel guide you as you work for God and Canada.

Federal legislation, Bill C51,  was introduced by the Minister of Justice and Attorney General of Canada on June 6, 2017. This bill clarifies certain aspects of the Criminal Code of Canada and also repeals certain sections of the Code. Unfortunately clause 14 of the bill requests to remove section 176 from the criminal code.  Presently section 176 prohibits obstructing a religious leader from conducting a religious ceremony and it prohibits disturbing an assembly gathered for a religious, moral, or social purpose. The bill does not give an alternative for this section, therefore if the bill passes with clause 14 intact it would then not be illegal to obstruct a religious leader from conducting a religious ceremony or for individuals to cause a disturbance at an assembled gathering.

Thank you to Shirley Christo in Ontario for bringing this to my attention.

You will find below the related letter that Shirley sent to her MP. Shirley has given her permission for this to be sent as an example for members to use in writing their own MPs regarding this important issue.