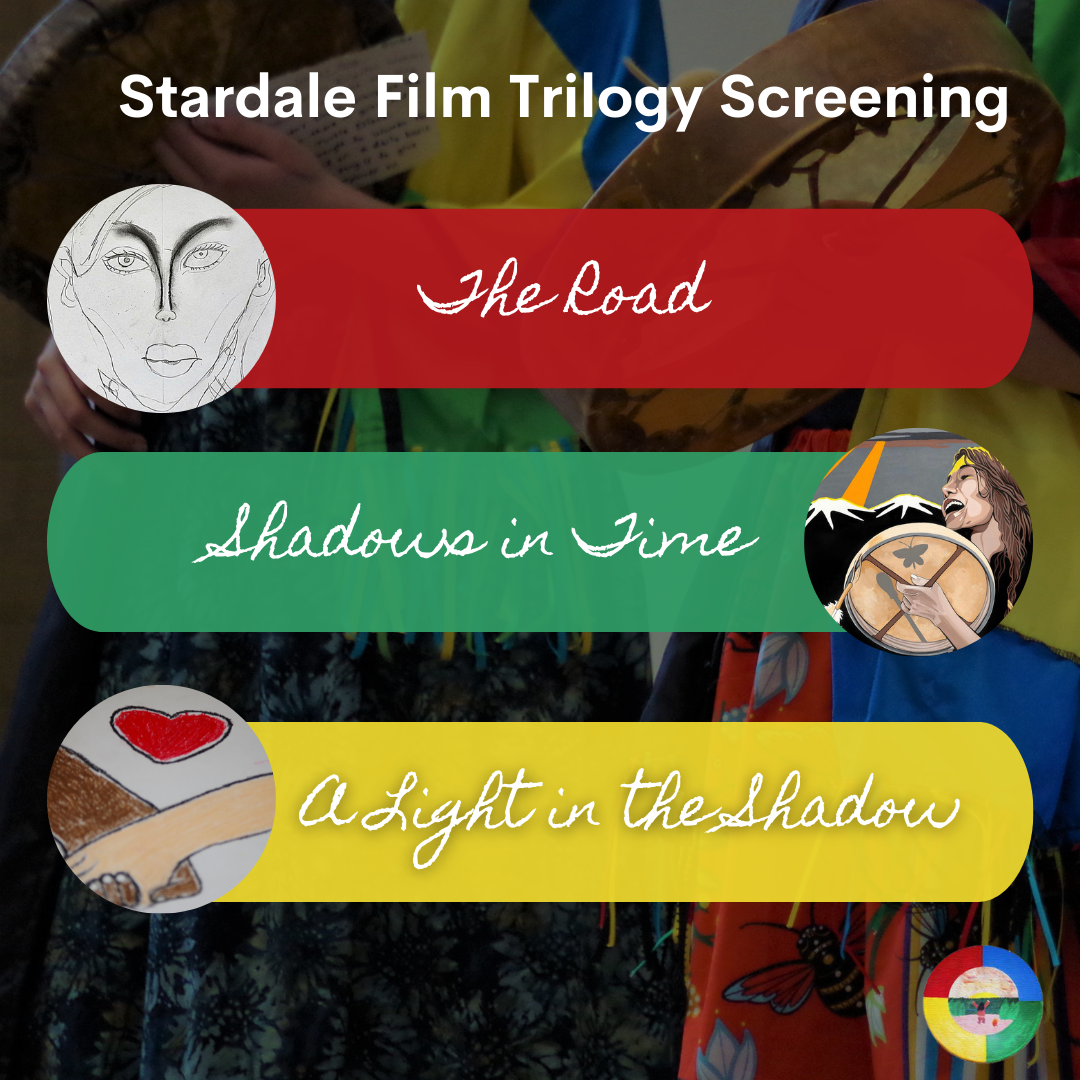 A viewing and exploration of three short films exploring the topics of racism, sexism, MMIWG and hardships faced by indigenous women. The viewing will be followed by a drumming performance by our all girls drumming group. Our girls perform sets of traditional medicine songs. All three films were created by Stardale Women’s Group, a local charity that has empowered the lives of Indigenous girls for over 25 years.

The Road
The Road is an award-winning short film starring the Indigenous girls of Stardale Women's Group. It explores various themes pertaining to the Missing and Murdered Indigenous Women and Girls and the legacy and inter-generational impact of colonialism in Canada.

A Light in the Shadow
A Light in the Shadow follows the interconnected stories of several Indigenous women as they struggle with hardships and find inspiration in each other. Broken into four segments, each written and directed by a girl from the Stardale group, the film explores hope through connection. At its core A Light in the Shadow is a story about the importance of representation and how seeing marginalized stories portrayed broadly can make a difference for younger audiences.